I have to apologise to both of my readers for the egregious delay since my last CC – this has been enforced due to the pressure of work which I’m pleased to say has resulted in the main in swelling the Coffers’ coffers although it has contributed in no small part to longer working hours, less time with the family, fewer strands of hair and less flowery responses to many correspondents – if these have at times seemed a trifle terse I regret any offense given but I do hope my professional demeanour has managed to shine through even when things have been fraught.

It’s a good complaint to be busy of course and here on Planet Marrs it’s certainly been that. As all of our business comes thankfully, from recommendation, there can be no shirking even if the CEO of one of our major clients recommends us as the best home to insure his cleaner’s son’s canoe – you never know where that could lead (down river usually).

Some years ago I received a call out of the blue from a gentleman wanting Public Liability insurance in case his dog bit somebody. I asked him 2 questions: Was his dog one of a designated Dangerous Breed? Did he have Home Contents insurance? His answers were ‘No’ and ‘Yes’ in that order.

‘In which case’ I told him, ‘You already have cover, so you don’t need to buy any more.’

He was initially sceptical and asked me if I was certain. I assured him I’d been doing this job since before Barbara Woodhouse was in nappies so I did have some knowledge and he went away seemingly happy.

Three weeks later he called again and asked for me. When I took the call he reminded me who he was and told me he had £320,000 to put into a pension scheme and wanted me to arrange it.

Fortunately, this took place when we were still advising on Life & Pensions so my Pensions guy and I met the chap and we arranged things as he wanted and everyone was happy.

Anyway – I’m supposed to be giving the two of you some timely reminders about insurance relevant to the time of year, but as I never do what I’m told I’ll instead reiterate what’s happening in the world today about Cyber attacks.

Businesses have cited cyber crime as one of the biggest threats to their profitably – in the UK, third only behind Brexit and the demise of globalisation. Big players such as Tesco, Lloyd’s Banking Group and Wonga have all been hacked in the past year and data compromised.

These are entities that spend considerable amounts of money on IT protection and yet the fact is hackers intent on penetrating their systems will eventually accomplish it.

Junior league players attract junior league hackers but rest assured, if you hold personal data of use to these people, or data vital to your profitability, your business is as much at risk as anyone in the Premier Division and we’ve had experience of businesses held to ransom to release the block placed on their own data, invaded to capture bank account and credit card numbers and ‘phreaked’ – their phone system hacked and calls electronically placed to premium numbers which benefit the hackers to the detriment of the hacked.

You cannot avoid interruption and headaches when such a loss occurs; any insurance adviser who tells you otherwise is talking moonshine. You CAN insure, for the most part, for your loss – the procedure is a sometimes lengthy, often arduous assessment of your current IT infrastructure to establish how robust it is, no different to any risk assessment, but make no mistake, this is the modern crime and the criminals often never leave their bedrooms, wouldn’t know one end of a jemmy from the other, frequently are not even in this country and yet can siphon money out of your bank account before you can blink, if you let them.

All businesses should be looking at cyber protection – if holding third party data, then both from the aspect of their own loss and that of those who may claim against them for losing their data. The US is stuffed full of fat cat lawyers making huge fees for pursuing or defending these cases and the situation will only get worse.

There are now several dozen ‘solutions’ to cyber crime in the insurance market – some of them very good, some not so good and some with more strings attached than Robin Hood and his Merry Men – we are happy to give impartial advice, even if you have bought elsewhere - true, we’d rather you came to us to buy, but it is Christmas after all!

With the compliments of the season and wishing you a happy and healthy New Year. 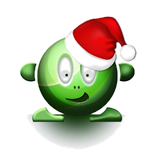