WINTER 2018 - Another One Bites The Dust

Took the family to watch Bohemian Rhapsody the other week which spawned a whole new interest in Queen from our youngest who has developed a wide and varied taste in music. Not many 11 year olds ask you to put on Won’t Get Fooled Again by The Who when sitting in the car…

The above mentioned song title brings me neatly to my next reason for thinking the regulatory authorities have not the slightest justification for taking home a wagepacket.

In May of this year, Alpha insurance – an unrated Danish insurer writing business such as UK solicitors’ professional indemnity, minicab and taxi insurance went bust, adding to a long and egregious list of insurer failures not picked up by the FSA and its current incarnation the FCA until it was too late for shareholders and policyholders alike. This time thousands of cabbies were informed by text that they were no longer insured, hopefully not with a cab crammed full of litigation-mad US tourists! 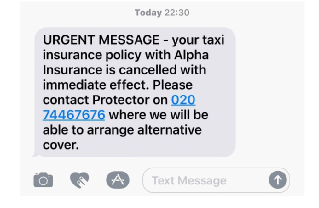 mediately to mind: What are UK intermediaries doing selling the wares of such an insurer to UK clients? Why are professionals such as solicitors buying such cover, knowing that if something is too good to be true (for ‘good’ read ‘cheap’), it probably is? And why did the regulatory alarm bells not ring before it was too late?

Independent insurance was the darling of the insurance industry during the ‘90’s but was in fact (allegedly) reserving liability claims at £1 to shore up an ever increasing hole in its books.

Despite this, and a warning to the FSA by its French counterparts a year before, Independent went unexpectedly and spectacularly bust in June 2001.  Accountants, auditors and the regulators all failed the policyholders, shareholders and employees, some of whom received no compensation and others not until 17 years later. Maxwellian CEO Michael Bright didn’t emulate Cap’n Bob by throwing himself off his barstool but he and his crony did get 7 years for fraud.

Fast forward to today and we have news of kiwi Peter Harris, who was presented with Entrepreneur of the Year’s award in 2017, presiding over yet another scandal. CBL was, it seems, reinsuring itself to cover a £100m hole in its books and eventually and despite a decent rating by AM Best only months before, imploded with more collateral damage to shareholders, policyholders and staff.

The foundering of Fire Auto Marine (1966), Vehicle and General (1971) and Insurance Corporation of Ireland (1981) all date back several decades. That similar unanticipated failures happen in this day and age beggars belief and demonstrates we’ve learnt nothing.

At least after the Titanic sank laws changed to make adequate lifeboats compulsory!

Despite the exponential growth in red tape and bureaucracy, we seem unable to anticipate such events or construct a mechanism to do so. Over 3,500 work at the FCA, a chunk more at the PIA and yet it’s still a lottery.

Clearly there is the culpability of the consumer; few seem to ask who their insurer is or where they are based or what their credit rating is. However, this only goes so far – the Independent was a favourite of the insurance industry in 1993. In fact, we were offered an agency with it around that time and demurred. Don’t ask me why - it just seemed a bit slick -  and besides, we had great relationships with other insurers and we didn’t want to jeopardise those, as long as we were getting decent quotes and a good service. So we were lucky we didn’t find ourselves having to explain to our clients why they had to buy another policy because their current insurer had gone pop.

I think it comes down to a question of trust. The client trusts their Broker’s judgement. In the case of Alpha this was sorely misplaced and I cannot fathom why those intermediaries who sold that insurer’s wares aren’t being flogged in the village square right now.

Do you know who your insurer really is?

On a lighter note – wishing both my readers all the compliments of the season and hoping 2019 proves to be a super year for all of us.